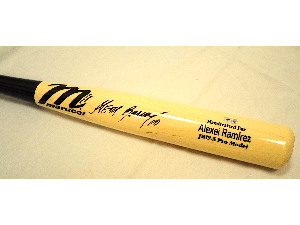 To the Chicago White Sox, winning goes beyond the baseball diamond into the community. Take home a VIP-outing for four, including batting practice viewing from the field, four premium lower box seat tickets and one parking pass. Take home the Alexei Ramirez autographed bat as a memento. Final game date will be a mutually agreeable game in April or May 2014. Donor: Chicago White Sox