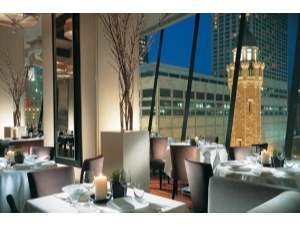 Indulge with a one-night stay in a Park View King Room at the Park Hyatt on Michigan Avenue in Chicago. All reservations are subject to the hotel's availability and this is valid thru March 9, 2015. Donor: Park Hyatt Chicago