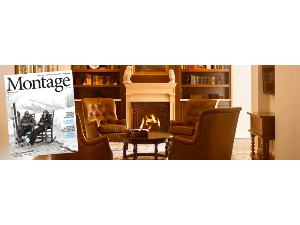 Enjoy a two-night stay in deluxe accommodations including room and tax at your choice of Montage properties. Choose from the Montage Beverly Hills, the Montage Deer Valley, and the Montage Laguna Beach. All reservations are based on the property's availability and the dates listed on certificate. This is not valid on holidays and special event periods and expires December 21, 2014. Donor: Leslie Wilde (Valerie Wilson Travel, Winnetka)