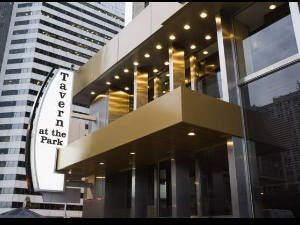 Ravern At The Park offers acclaimed New American cuisine in an upscale decor across from beautiful Millennium Park. Deep wood tones combined with leather and stone to create an atmosphere where rich Chicago history meets modern big-city style. Crain's Chicago Business said "this elegant tavern epitomizes Chicago style and energy." Executive Chef Mike Clark has created a menu that is a modern interpretation of comfort-food classics, embellished with a passion for local and sustainable ingredients. Not valid on take-out orders, Valid after 5 pm only. Expires 11-11-13. Donor: Pete deCastro