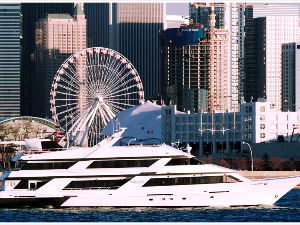 Take in all the magnificence of the Chicago skyline with two guest tickets for a sightseeing cruise. The Anita Dee boards at Navy Pier in Chicago. All cruises run April through October and are based on availability of the vessels. Donor: Anita Dee Yacht Charters