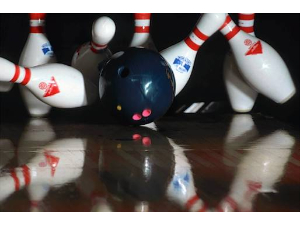 Plan your next party at Lucky Strike Lanes on north Lincoln Park West in Chicago with this $200 gift certificate. Lucky Strike offers upscale event spaces, sophisticated menus, full-service bars, and cutting edge audio visual systems. Guests much be 21+ to win, redeem and attend. Parties cannot be combined with any other offer or redeemed for cash. Tax, tip and alcohol are not included. Dress code strictly enforced. Certificate is valid Mon-Thurs and expires September 17, 2014 and is not valid November 15, 2014 thru January 1, 2015. Donor: Lucky Strike Chicago