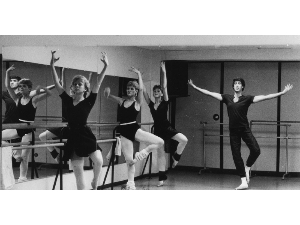 Von Heidecke's Dance Center in Naperville, IL offers the highest level of training in classical ballet with a faculty of renowned international artists from the ballet world. Select a nine-week class in classical ballet, hip hop, or musical theater/jazz. Grab your dancing shoes and join the fun! This is offered to new students only. Donor: Von Heidecke's Dance Center