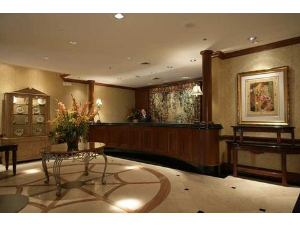 Get away for the night, or treat your out of Towners to an overnight stay for two at the Hilton Chicago/Northbrook Hotel, conveniently located 20 minutes from O'Hare. As a special perk, enjoy breakfest two in the hotel the following morning! There is also a $50 gift certificate from Bob Chinn's Crab House in Wheeling. This expires September 30, 2014 and all reservations must be made in advance. Reservations are subject to the hotel's availability. Donors: Bob Chinn's Crab House, Hilton Chicago/Northbrook