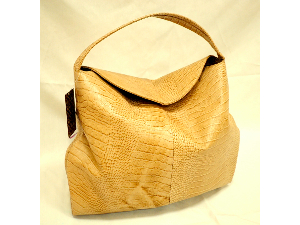 The Iris hobo is practical yet playful. This Annie Handbag is handcrafted with embossed leather. The bag is not returnable or exchangeable. Donor: Annie Handbags Inc.