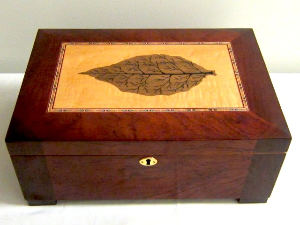 Treat your fella or yourself to a beautiful humidor and Cuban cigars. Donor: Padron Enterprises