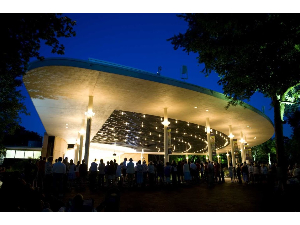 Whether a fan of classical music and performances or completely new to the genre, a night out with friends is something anyone would enjoy. Have a great night and enjoy a classical performance during the 2014 Ravinia season for four people. Ravinia is located in Highland Park, IL. The passes are not valid for performances with sold out lawn seats, non-classical performances, or for the Ravinia Women's Board Gala on July 26th, 2014. Donor: Ravinia