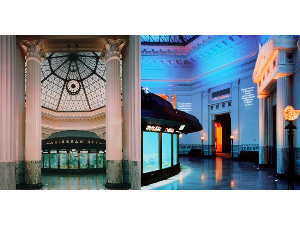 You and three guests can enjoy a day at the world-renowned John G. Shedd Aquarium located on Chicago's convenient Museum Campus on south Lake Shore Drive. This exciting offer includes a private, behind the scenes tour of the Aquarium as well as four admission tickets. Date to be mutually agreed upon with the donor. All reservations are subject to availability and some blackout dates will apply. Donor: David Ventura