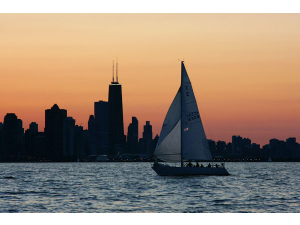 Spend a delightful afternoon sailing on the high seas of Chicago's own Lake Michigan on a 37-foot sailboat with your group of six. Hors d'Oeuvres and beverages included. The trip must take place between July 15, 2014 and September 30, 2014. Final date to be mutually agreed upon with the donor. Donor: David Ventura