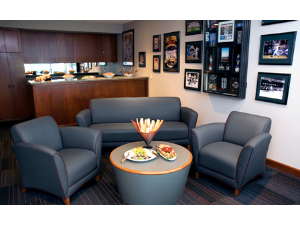 Enjoy a day at US Cellular Field in a luxurious Diamond Suite! Package includes 16 tickets, 5 parking passes, all your food, beverages and a dedicated suite attendant. Offer available for a mutually agreed upon weekday game during the 2014 regular baseball season. Donor: Magellan Corporation