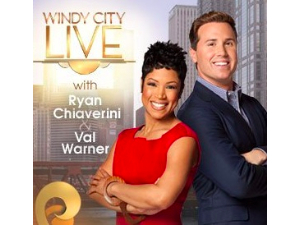 Experience a behind the scenes at Chicago's only live television show, Windy City LIVE. You and three guests will be able to watch rehearsals and be VIP members of the LIVE studio audience! Meet the hosts, Val Warner and Ryan Chiaverini following the show and have your photo taken with them as well! Show attendee must be at least 18 years of age. Donor: ABC Television-Windy City LIVE