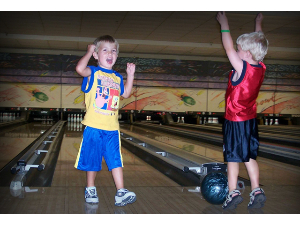 From bowling to billiards Spare Time has a venue that will appeal to you! Check one out with this $100 Spare Time gift certificate. This is not redeemable for cash, gratuity, or private party payment. Donor: Spare Time