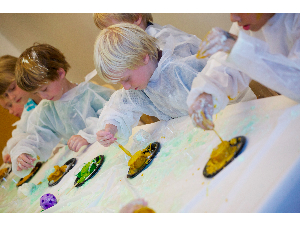 Kids Science Labs on north Kingsbury in Chicago gives children an opportunity to engage in hands-on experiences in the world of science. Their learning centers offer science, problem solving, and critical thinking classes for children between the ages 2 and 12. The two gift certificates for two hands-on science classes are limited to children 2-12 years old. This cannot be combined with any other offer and expires 5/8/14. Donor: Kids Science Labs