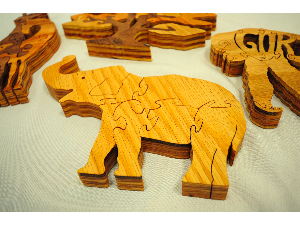 All kinds of fun await the little one in your family! There is a five-visit play space pass at Little Beans on west Webster, 6 visits to open play during scheduled open play hour at Bubbles Academy on north Freemont, a visit to the Purple Monkey Playroom on north Western (recipient of the 2012 Red Tricycle Award for Coolest Indoor play space) and a five-visit Pop-In-Playtime at Pump it Up Chicago on west Eastman. All establishments are located in Chicago. Take home the included wild life puzzle to get the fun started at home! Donors: Bubbles Academy, Get Puzzled!, Little Beans, Pump it Up , Purple Monkey Playroom,