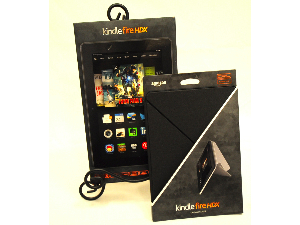 This device has it all...exclusive HDX display, ultra-fast quad-core processor, front and rear facing HD cameras. It is astonishingly light and great for the whole family, this Kindle Fire HDX is one prize you cannot leave without. An innovative Origami designed cover which folds into a landscape or portrait orientation is included so you can easily watch movies, read books and surf the web at your convenience. The Kindle Fire HDX is not exchangeable. Donor: Fredrick Bates