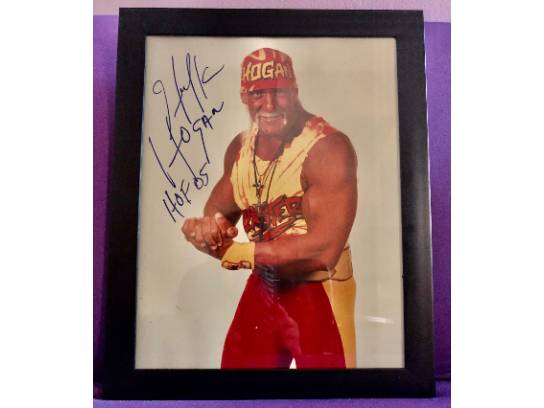 This is a Hulk Hogan fan must-have! Bid on this framed, autographed picture of one the the greatest wrestlers and WWE Hall-of-Famer!