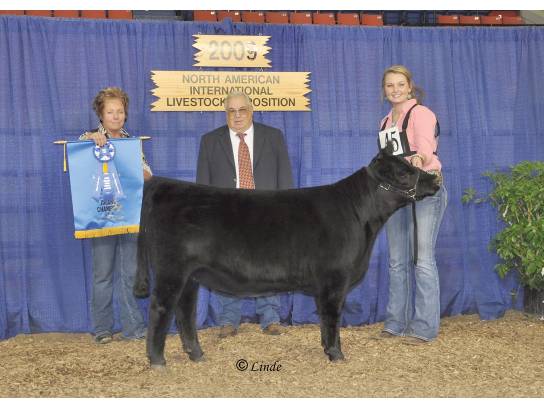 Purchase price is your bid x 2

2 fullbllood embryos sired by Bonanza's Prince 2Y FM15219 and out of EZ Bedazzle FF8637. Here are the sleeper embryos that might really hit the home run. Prince, a bigger framed, super athletic fullblood, was Grand Champion Bull at the American Royal in mid October after pasture breeding cows all summer. This cross should excel.