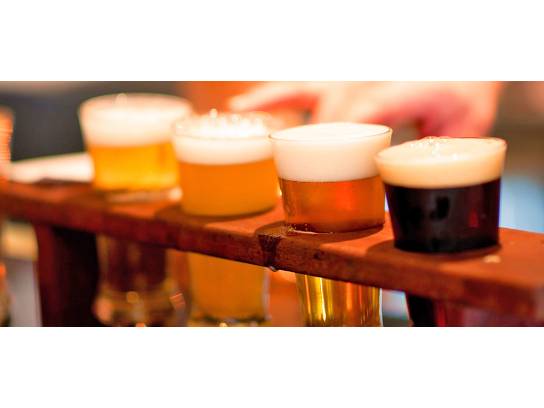 San Diego has been called the "Craft Beer Capital of America" and is home to more than 100 breweries, microbreweries and brewpubs. Local breweries like Stone Brewing Co., AleSmith Brewing Company and Ballast Point are consistently rated among the top breweries in the world. The Great American Beer Festival's "Best Small Brewer" Award has gone to San Diego County brewers multiples times, including 2014's winner, Coronado Brewing Company. San Diego County brewers produce the full range of craft beers, but they are best known for strongly-hopped beers such as India Pale Ale (IPA) and particularly for an even stronger hoppier style known as Double IPA.

Beer Connoisseur Tour for 2
Enjoy a 5-hour VIP, custom excursion at 3-4 breweries of your choice. Your personal host will arrange tours and tastings at breweries you are most interested in visiting from more than 150 participating breweries in San Diego County. Choose big names in craft beer like Stone Brewing, Alesmith, Coronado and Green Flash, or visit lesser known but incredibly tasty and interesting breweries like Modern Times, Societe, Eppig Brewing or Pure Project.

Your personal host will chauffeur your party in a luxury SUV, picking you up from your hotel and dropping you off at the end of the day. With years of experience in marketing craft beer brands, home brewing, professional brewery tours, and cultivating close brewery relationships, your host will get you rockstar access - and unlimited samples - at some of the best breweries in the country.

Your tours will be private and based on availability, depending on the breweries' schedules on the day of your tour. Brewery gratuities and unlimited tasters are included.