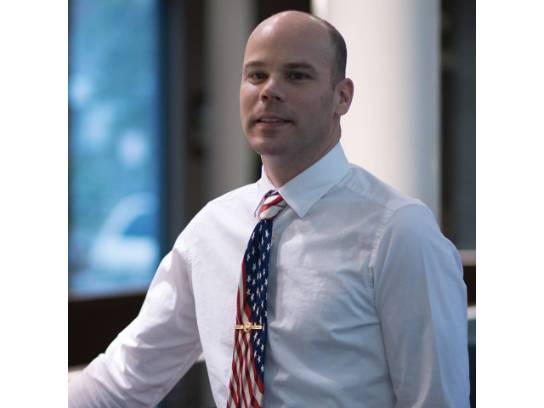 I'm 48 years old from Schenectady NY. I'm married (Sharon) and have 2 children (Kaleb 21 and Gabriella 17) I have a Service Dog named Tucker who's 9 years old. I was in the Marines for 8 years and the Army for 12 years, and retired in 2013. I work at Union College in the Registrar's Office. I belong to several veteran organizations (Disabled American Veterans, Marine Corps League, STRIDE Wounded Warriors, Veterans of Foreign Wars, and the Wounded Warrior Project). I also help out with the Capital Region Veterans Memorial (Legacy Project), I do a fundraiser every year called the Marine Corps Birthday Bash, and I MC the Memorial Day Ceremony at Union College. Lastly I am a big Buffalo Bills fan?.

I have worked with many veterans with severe PTSD and Depression. When I became injured in 2008 I saw a different side of the military. Since about 2005, injured soldiers are assigned to a Warrior Transition Unit while they get their medical care. While being injured myself, I served as a Platoon Sergeant at a Community Based Warrior Transition Unit in Massachusetts. I did that for a year then worked in the administration at the Warrior Transition Unit at Fort Drum NY for about another year while I was still injured and receiving care. I now volunteer for STRIDE Wounded Warriors in West Sand Lake NY as the Liaison for the program. I have struggled with depression since I was injured in 2008. I went from being an exceptional soldier and being in great physical shape, to not being able to do much physically. I hope to help end the stigma and bring awareness to mental illness and veteran suicide.