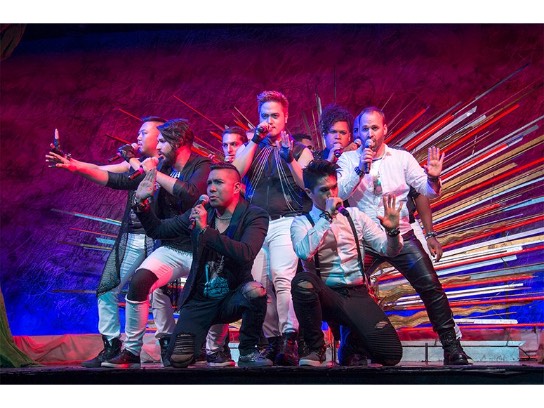 A stunning and beautiful night of a cappella awaits you and three friends at Carnegie Hall on Saturday, October 5, 2019, at 7 pm, with four fabulous parquet seats to the International Championship of A Cappella Open! The Open Finals feature the best a cappella groups in the world: the reigning ICCA and ICHSA champions and the top qualifying a cappella groups from across the globe.

This year's competition features InToneNation, from Douglasville, GA, the 2019 ICHSA Champion; the NYU N'Harmonics from New York University, the 2019 ICCA Champion; NYCGMC'S own Tonewall, the Open Northeast Champion; and Aperture, from Anaheim, CA, the Open West Champion. Cheer Tonewall on as they strut their stuff and represent NYCGMC as they compete for the national title!