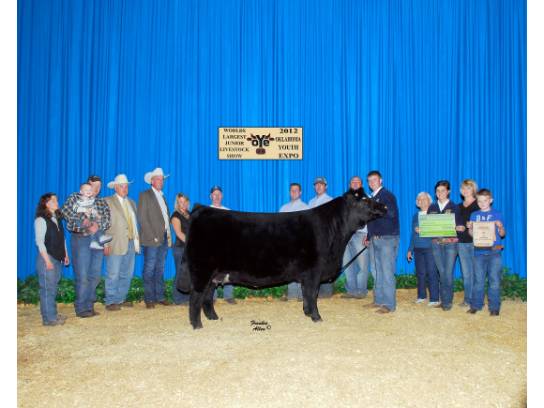 This mating is out of the winningest and best producing donor in the Standridge family herd, Steel Miss 308X, whose most popular win was likely being named Supreme Champion Female at Oklahoma Youth Expo in 2012. In six short years this female has proceeded countless winners and generated over $200,000 in income and most importantly her daughters are becoming major donor cows for the operations that have purchased them.

The sire of this mating, Broker, was Grand Champion bull every time he was shown during the 2012-2013 season. He won all the majors: Fort Worth 2012, Kansas City- American Royal 2012, NAILE 2012 and NWSS 2013 and his progeny have continued his winning ways at shows across the country.