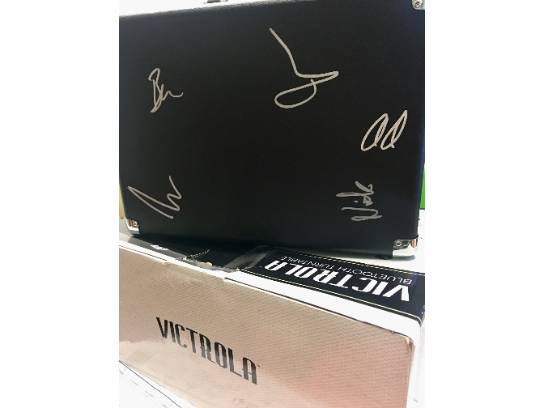 You will treasure this Vintage Look Victrola Bluetooth Turntable signed by the band members from Death Cab for Cutie!