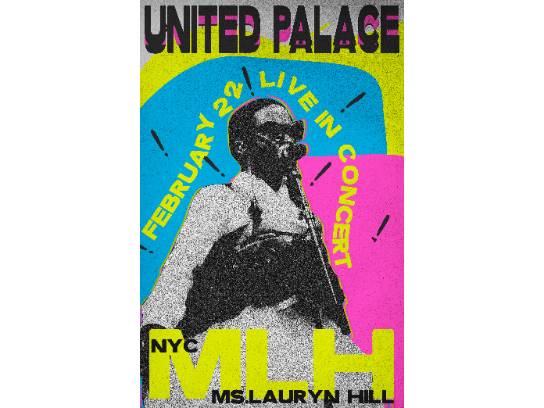 Celebrate the 90th anniversary of the United Palace, one of five famed "Loews Wonder Theatres," on February 22, 2020 with a concert featuring the legendary singer, songwriter, and performer Ms. Lauryn Hill. The concert will be the first of several anniversary events commemorating the venue's long history - first as a vaudeville and deluxe movie house, followed by its transformation into the Home of Spiritual Artistry and theater. Lauryn Hill, who headlines this anniversary celebration with her debut performance at the United Palace, established a reputation in the music world as the lone female member of The Fugees and launched her solo career with the release of her critically-acclaimed album The Miseducation of Lauryn Hill, which won a record breaking five Grammy Awards. You and a guest will sit in Gold Circle seats for this February 22, 2020 concert.