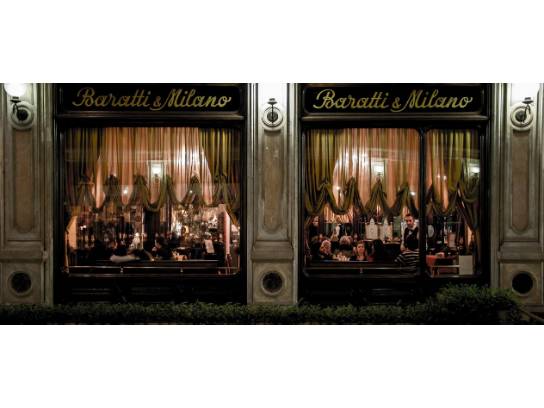 Take a Chocolate-Driven Tour through Italy's Piedmont Region with Baratti & Milano
$5,000 to $15,000

Italy's oldest chocolate producer, Baratti & Milano, has a once-in-a-lifetime trip through Italy's Piedmont region planned for you. In Turin, you'll visit their famous café and sample treats known for their high quality and use of local ingredients. Then it's on to a gelato tasting at Conogelato before dinner at a Michelin-starred restaurant and an overnight stay at one of the city's best hotels. The next morning, you'll head into the heart of Piedmont for two days of culinary wonders from your homebase hotel that's considered one of the most beautiful spots in the area. In the town of Barolo, you'll visit a historic winery and then have dinner at one of the Langhe's many Michelin-starred restaurants. Then, it's time for more sweets. You'll visit one of Italy's top hazelnut farms and then the Baratti & Milano factory in the town of Bra to see exactly how their chocolate is made. After lunch at one of Bra's most historic restaurants, you'll cap the trip with dinner at either a Michelin-starred restaurant or one in a hilltop castle.