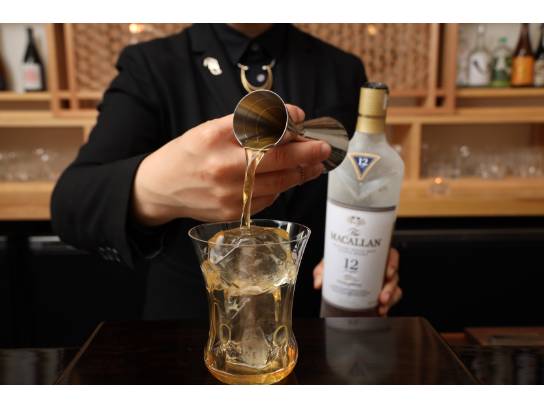 Kumiko was just named by Time Magazine one of the "World's Greatest Places 2019" and called one of 2019's Best New Restaurants by Food and Wine - and now, you have the chance to treat a group to a seven-course omakase dinner with beverage pairings at the private bar. The Chicago restaurant is run by Chef Noah Sandoval, a two-time JBF semifinalist for Best Chef: Great Lakes, and Julia Momose who, as Food and Wine put it, "has created a cocktail omakase as precise as any tasting menu, rooted in the brewing and distilling traditions of Japan but stretching from Okinawan awamori to sotol from Chihuahua, Mexico, in a few graceful leaps." For this "World's Greatest Scotch Experience at Kumiko," The Macallan and the Michelin-starred restaurant have collaborated on an unforgettable dining experience that features a special Macallan Double Cask Flight.