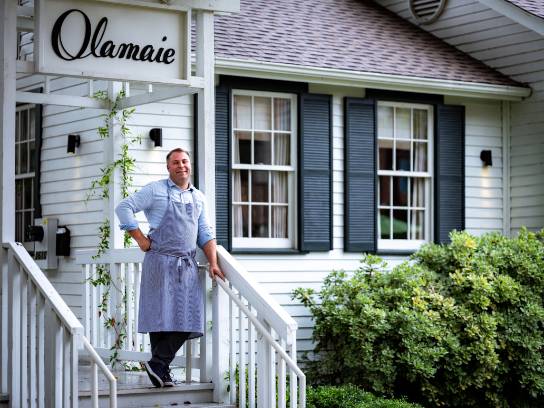 Dig In to Inventive Southern Cuisine at Olamaie, Austin, TX

Austin is known as a city for amazing food, but Olamaie stands out from the pack for its modern takes on traditional Southern dishes. You and three guests will enjoy dinner at the place that's been called the best restaurant in town by the Austin American-Statesman and recognized by national publications, such as Bon Appetit which heralded the "inventiveness of the food" and said "it feels like new Southern foodways are being created at every meal." Chef-owner Michael Fojtasek honed his skills cooking at restaurants like Per Se before opening Olamaie (pronounced ola-MAY and named after four generations of women in his family) in a charming white bungalow to focus on sustainable, local Southern cooking. Fojtasek's biscuits - basted with butter and served with honey butter for spreading - are an absolute must-order here.