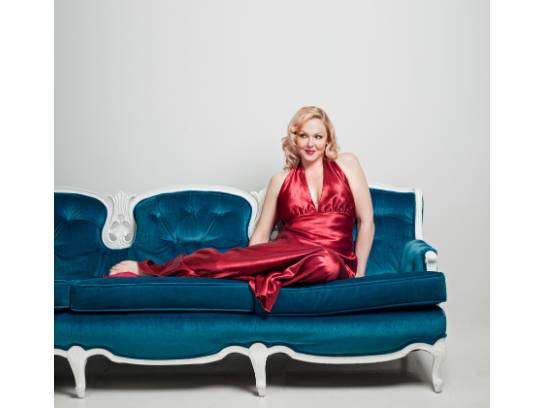 Wow your friends with a custom Storm Large outgoing voice message. Whether it's for your home phone or cell, with Storm's voice on the other end, they'll always want to leave a message!

Storm Large is an awesome musician, actor, playwright, and author. She shot to national prominence in 2006 as a finalist on the CBS show Rock Star: Supernova, building a fan base that follows her around the world to this day. Recent highlights include engagements with the New York Pops, Cincinnati Symphony Orchestra, Louisville Orchestra, Memphis Symphony, and the Knights, as well as performances at the Grant Park Music Festival in Chicago. She joined Michael Feinstein as special guest on the Jazz at Lincoln Center Popular Song series with Liza Minnelli, Joel Grey, and the Pasadena Pops.