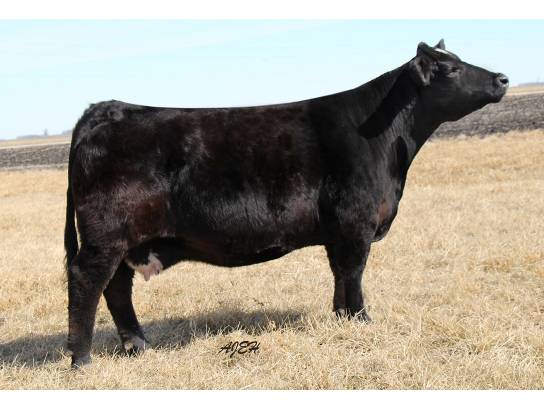 Selling a Heifer Pregnancy by W/C Loaded Up (ASA 2654155)
Due to calve April 27, 2019 - Recipient is a commercial cow available for immediate pickup near Abingdon, VA

A sure shot for rapid satisfaction and impressive ROI, this heavy-bred heifer pregnancy is the kind of loaded genetic package that we love to sell!
The donor here is the 2-time National Western Champion Female, Gabby R7, that is well-proven in the field, and she is matched with the amazing Loaded Up, the sire of heifer calves up to $90,000 so far!
Gabby R7 produces champions out of every calf crop. Her latest is a daughter by Style that was a Reserve Division Champion at the 2018 North American and is a heifer that is sure to have an impact in the coming season.
Other daughters include a $40,000 purchase by Hudson Pines, NY, a $50,000 daughter by Steel Force that went to Prospect Cattle, OH, and a $20,000 daughter by Uprising that works for Harker Simmental, IN.
A pair of bred daughters brought in $13,250 and $11,000 and another topped the 2018 Jewels of the Northland Sale. In total, Gabby R7 claims 79 registered progeny and an especially impressive lineup of top producing daughters; she is a cornerstone of the success at Hilbrands Cattle Co, MN.