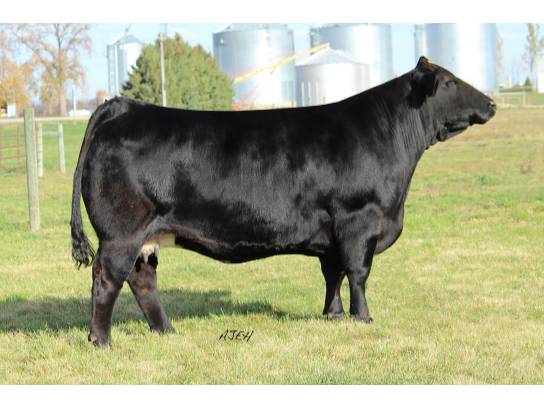 HEIFER EMBRYOS. More from the timeless Stop and Stare U118L that is also featured in Lots 23 and 24, these reverse sorted female embryos will yield heifer calves that are full sisters to the Supreme Champion Female of the 2018 North Star Classic?and much more!
Older sisters to the heifers coming from this purchase include not less than 8 division champions at Simmental majors since 2012 and recent jackpot winners as well.
Sisters have sold up to $60,000 with others at $45,000, $30,000, $28,000, $25,500, $25,000, $22,000, and $19,000 to list a few of the best from Stop and Stare.
And they win?Claire Trennepohl's Stop N Wish by BC Lookout was Reserve Overall Sim-Solution at the 2016 American Royal and Reserve in the National Western Junior Show while Prospect Cattle's Stare & Believe by Bush's Unbelievable was Division 1 Champion in both Louisville and Denver that same year. A $45,000 daughter shown by Circle M Farms, TX, was Calf Champion at Denver in 2015 and she won the same division at the North American earlier that season.