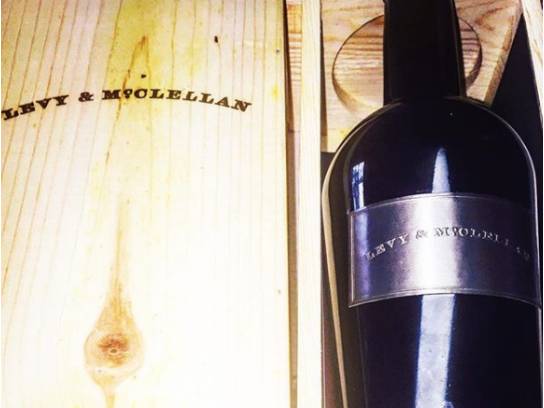 Finding a bottle of Levy & McClellen is hard enough. Finding one that has been donated to WildAid -- because, as Bob said -- "the mission is so important and the effort so effective" it's priceless.

The 2014 vintage brought a third straight year of near perfect growing conditions creating another dynamic and exciting vintage. Harvest began with Merlot and ended with Petite Verdot.

The 2014 vintage presents itself as an accessible and opulent representation of the ripe fruit from the vintage with a velvety texture and ever evolving mid-palate 'juiciness', followed by a powerful yet supple and round structure of long lasting tannins.

Winemakers Bob Levy and Martha McClellan are each powerhouse winemakers on their own. Bob's credits include founding winemaker at Merryvale in 1983, and Harlan, Bond and the Napa Valley Reserve. Martha was trained in Germany and worked at wineries in Germany and Australia before coming to Napa. She also worked as a winemaker at Merryvale and Harlan, Sloan and Blankiet among other projects. Martha McClellan graduated from Geisenheim University, the only American woman to complete a degree in enology and viticulture there. Bob and Martha met while both working at Harlan.