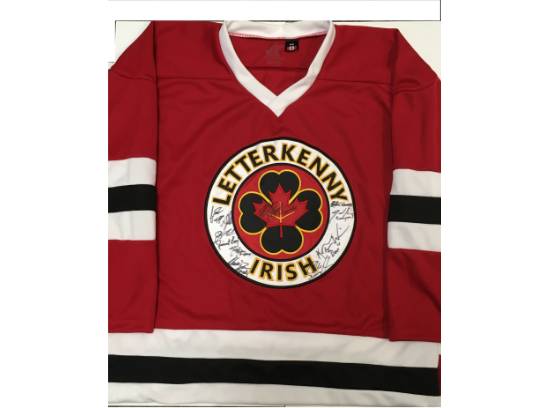 Letterkenny is a Canadian television sitcom created by Jared Keeso and Jacob Tierney, that debuted on CraveTV in February 2016, and later also aired on The Comedy Network. The show stars Keeso and Nathan Dales as Wayne and Daryl, two friends living in the small town of Letterkenny, Ontario, a fictional community loosely based on Keeso's own hometown of Listowel, Ontario.