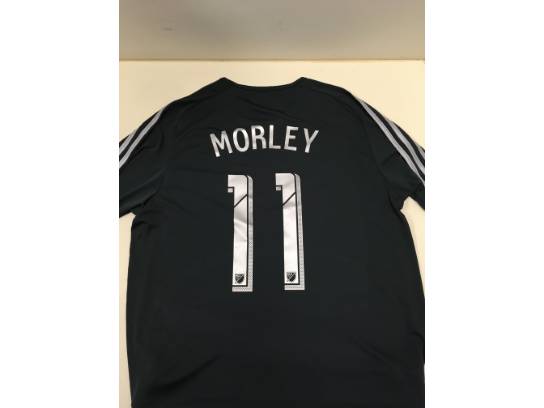 Own actor Bob Morley's signed jersey from the Legends & Stars charity match on September 15, 2018! Due to injury, Bob was unable to participate in this years Legends & Stars match, however he still signed his jersey for auction.

Bob Morley is an Australian actor. After appearing in various theatre productions and short films, Morley was cast as Drew Curtis in Home and Away in 2006. Morley appeared on It Takes Two in 2007, and following his departure from Home and Away, he joined the cast of The Strip. Morley was cast as Aidan Foster in Neighbours, in 2011, and he starred in the feature film Blinder in 2013. As of 2014, Morley stars as Bellamy Blake on CW's The 100.