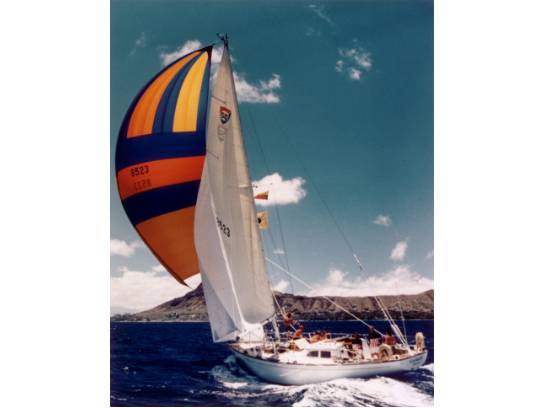 You and up to five shipmates will join SJZ executive director Brendan Rawson and his first mate Amanda for a sailing adventure on Monterey Bay. You'll meet at Santa Cruz Harbor for an outing on Xanthippe, a 50-foot, classic Columbia 50 yacht that has competed in numerous races over the years. The package comes complete with a barbeque with refreshments including a tweleve pack of Gordon Biersch beers, back in dock for you and your famished crew.

Photo: Xanthippe as she rounds Diamond Head completing one of her three Transpac races from Los Angeles.