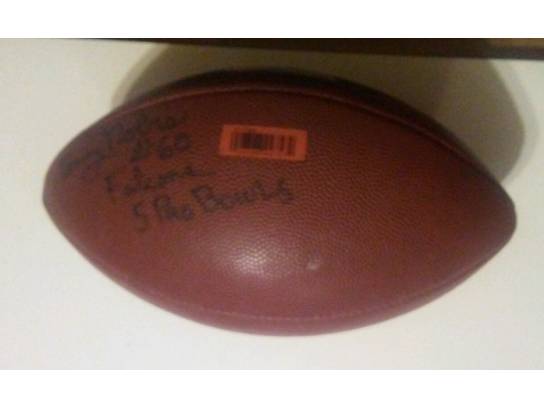 Nobis enjoyed a successful NFL career that many believe is worthy of Pro Football Hall of Fame induction. Former NFL player and coach Dan Reeves, while head coach of the Falcons, remarked, "As a running back for eight seasons in the NFL, I certainly took my share of hits. Unfortunately I remember some of them, particularly the ones from Falcons linebacker Tommy Nobis. 'Mr. Falcon,' as he is known in this part of the country, should be considered a worthy candidate for the Hall of Fame." Reeves based his assertion on the fact that while playing in Atlanta, prior to the days of mass media coverage, Nobis was overlooked because of the "Falcons lack of success during his tenure". He states, "I played and coached on some great teams while I was with Dallas. Those teams consisted of Hall of Fame members like Bob Lilly, Roger Staubach and Tom Landry. I feel that Nobis' contributions on the field merit those of the Cowboys Hall of Fame players." [1] Atlanta Journal-Constitution columnist and Hall of Fame voter Furman Bisher wrote, "There isn't much more one can say about Tommy Nobis. In the glow of a winning team, where he would have been a star on the isolated camera, he would already have been residing in Canton. It's not a Falcons thing, it's a Nobis thing, and here is a man who lives up to all the ideals I would establish for admission to the Pro Football Hall of Fame."