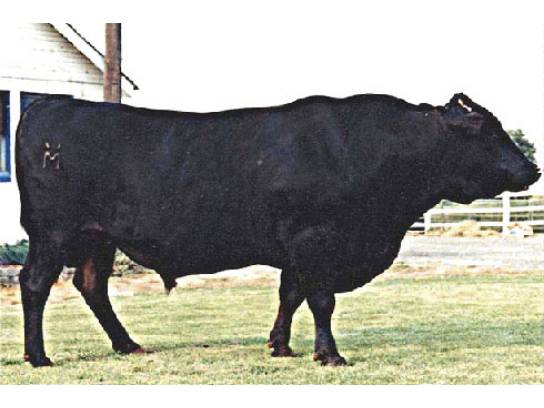 At least one pregnancy is guaranteed when implanted by certified technician within 18 months of auction
Embryos stored at Trans Ova - Sioux City, IA

SCD VA/3 and is free of all known genetic defects

FB27554 - Ms. Beijirou Doi is an SCD VA/3 and is free of all known genetic defects. She is a group D donor and is predominantly 66% Tajima, 13% Kedaka and 11% Itozakura.
Ms. Beijirou 04 Doi blends proven sires into her pedigree including Itozuru Doi which offers his offspring a large frame, and produces great fullblood mothers with excellent milk.
Her sire Beijirou is a son of Okutani one of the original females imported with Suzatani, Beijirou was sired by Haruki 2 who is becoming one of the trait leaders in the breed. TMs. Beijirou Doi also traces back to Sanjirou on her Dam's side Sanjirou is out of the greatest cow to leave Japan, Suzutani, who represents one of the most potent bloodlines in Japan.
Her great-grandsire, Yasumi Doi J10328, is widely known for his ability to produce excellent meat quality and size. Suzutani's mother was Suzunami and her grandsire was Shigeshigenami J10632, who has a reputation for producing the best genetics in Japan.
The sire of this mating is World K's Kage FB27554 is the sire of Hisako FB16006 who sold for $46,000 at the 2017 Muddy Flats Sale. Kage's sire Kikuhana brings good size and growth to matings. Kage is also a total outcross to most programs allowing you to unlock future breeding options for his offspring.