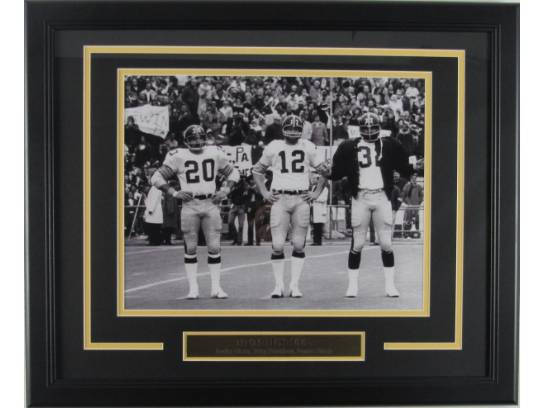 The Pittsburgh Steelers compete in the NFL as a member club of the league's American Football Conference (AFC) North division. Founded in 1933, the Steelers are the oldest franchise in the AFC.

The players drafted in the early 1970s formed the base of an NFL dynasty, making the playoffs in eight seasons and becoming the only team in NFL history to win four Super Bowls in six years, as well as the first to win more than two. They also enjoyed a regular season streak of 49 consecutive wins (1971-1979) against teams that would finish with a losing record that year.

Pittsburgh is tied with the New England Patriots for the most Super Bowl titles, and has both played in and hosted more conference championship games than any other NFL team.