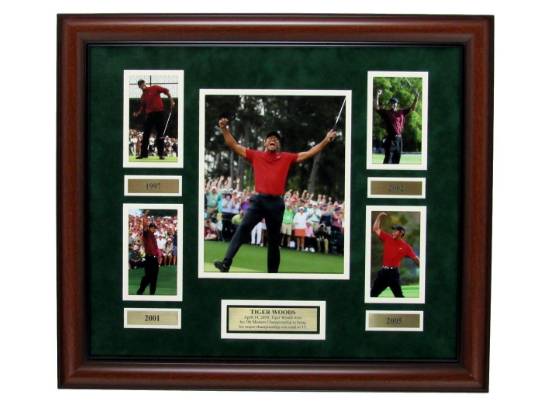 Eldrick Tont "Tiger" Woods is widely regarded as one of the greatest golfers in the history of the sport, and as one of the most famous athletes of all time.

Woods has broken numerous golf records. He has been the number one player in the world for the most consecutive weeks and for the greatest total number of weeks of any golfer in history. He has been awarded PGA Player of the Year a record 11 times and has won the Byron Nelson Award for lowest adjusted scoring average a record eight times. He has won 15 professional major golf championships (trailing only Jack Nicklaus, who leads with 18) and 81 PGA Tour events (second all time behind Sam Snead, who won 82.) Woods leads all active golfers in career major wins and career PGA Tour wins. He is the youngest player to achieve the career Grand Slam, and is only the second golfer (after Nicklaus) to have achieved a career Grand Slam three times. Woods has won 18 World Golf Championships. In May 2019, Woods was awarded the Presidential Medal of Freedom, and is the fourth golfer to receive the honor.