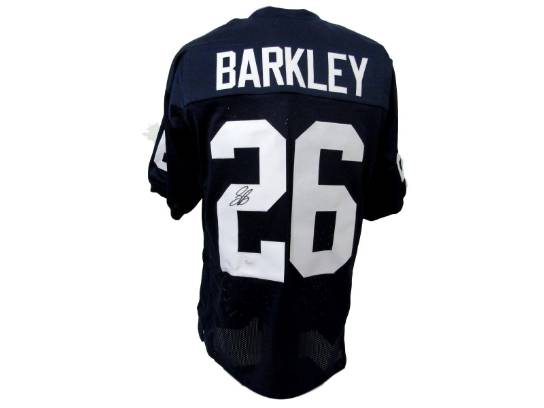 During Saquon Barkley's three-year collegiate career at Penn State, he broke and set numerous Penn State Records including most rushing touchdowns in a career, most rushing yards by a freshman and sophomore as well as most total yards in a single game. He was drafted second overall by the New York Giants in the 2018 NFL Draft.

As a rookie during the 2018 NFL season Barkley set numerous league and franchise records while on his way to a 1,300+ yard rushing season and a Pro Bowl nod. He was also awarded AP NFL Offensive Rookie of the Year, and was named to the first team PFWA All-Rookie Team.