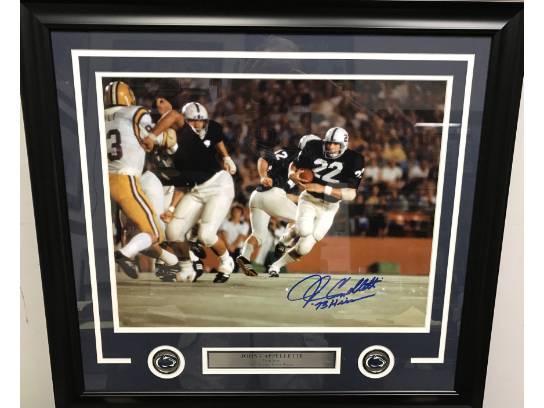 As a senior tailback at Penn State in 1973, John Cappelletti gained 1,522 yards on 286 carries scoring 17 touchdowns as the Nittany Lions rolled to an undefeated 12-0 season. He was awarded the 1973 Heisman Trophy, Maxwell Award, the UPI College Football Player of the Year, the Walter Camp Award, the Chic Harley Award, as well as receiving All-America honors.

He was inducted into the College Football Hall of Fame in 1993. Penn State football coach Joe Paterno said that Cappelletti was "the best football player I ever coached."

He went on to play professionally in the NFL with the Los Angeles Rams and the San Diego Chargers.