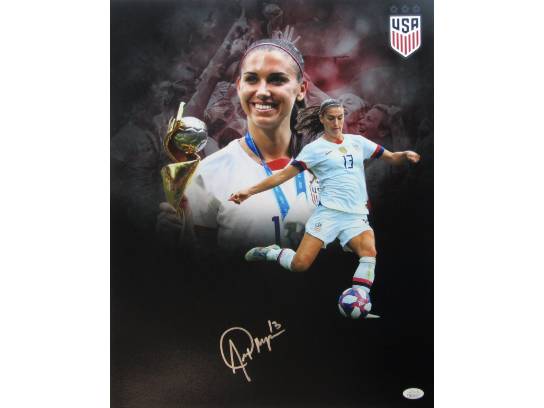 Alexandra Morgan Carrasco is a forward for the Orlando Pride in the National Women's Soccer League (NWSL) and the United States national team. Since 2018, she has co-captained the national team with Carli Lloyd and Megan Rapinoe.

As a leader of the USWNT at the 2019 FIFA Women's World Cup, Morgan scored five goals in the opening group game against Thailand to equal the World Cup single-game goals record set by Michelle Akers in 1991. Morgan also registered three assists in the game. The team's 13-0 scoreline set a new record for margin of victory in a World Cup match. In the final on July 7, the United States defeated the Netherlands 2-0. Morgan was awarded the tournament's Silver Boot; finishing as the joint-top scorer with six goals but losing out to Megan Rapinoe on a fewest minutes tiebreaker.