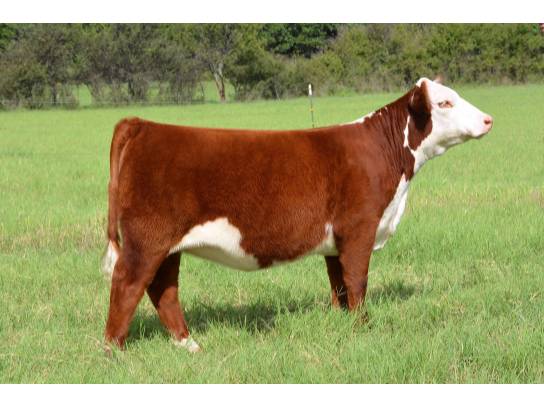 Lots 2 and 3 are backed by a proven lineage of champions and possess the same flawless phenotype and visual perfection that led their dam and siblings to the backdrop against the toughest competition and on the biggest stages.

Due to losing our foundation donor cow, RW Mindy 3078 6096 earlier this year, KLD Herefords will be retaining ˝ interest in D82 and D83. Possession will be agreed upon between buyer and seller.