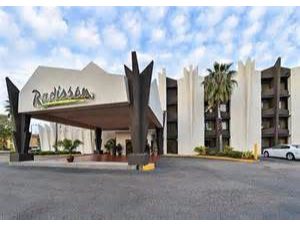 One night complimentary stay Radisson Baton Rouge with welcome cocktails and breakfast for two. Located just off I-10 and only a few minutes from the downtown area, the Radisson Baton Rouge offers easy access to attractions like the Louisiana State Capitol, the Baton Rouge River Center and the Belle of Baton Rouge Casino. Additionally, the Radisson is just 1.5 miles from LSU's Tiger Stadium, making it the perfect home base when you're heading to a game.
Based on availability. Expires 12/31/16.