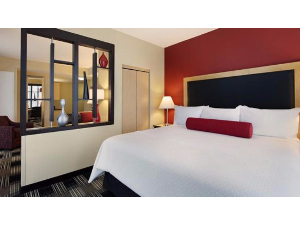 Enjoy a two night complimentary weekend stay in a one bedroom suite with living room area for (Friday and Saturday or Saturday and Sunday) nights with full hot breakfast for two each morning in Social Circle at the NEW Cambria Hotel and Suites in Rockville, MD. For a great experience exploring both Rockville, MD and Washington DC look no further than Cambria Suites Rockville. Close to the Rockville Town Center, steps from a metrorail station and endless choices for dining and entertainment, there are a myriad of reasons to stay at Cambria Suites Rockville. Certificate is based on availability and expires on May 1, 2016