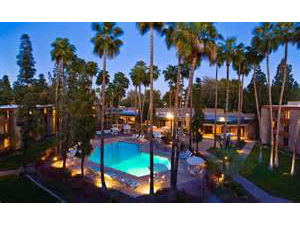 Enjoy a two night complimentary weekend stay (Friday to Sunday) at the Doubletree by Hilton Phoenix-Tempe. Our Frank Lloyd Wright inspired hotel has served business and vacation clientele for over 35 years. Each of the 270 guestrooms reflect the warmth and unique style found only in the Southwest. All feature complimentary high speed internet services, airport transporation, full size heated swimming pools and oversized whirlpool. This certificate is valid through April 30, 2016 and have certain blackout dates in February 2016 and March 2016.