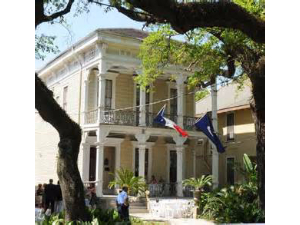 Enjoy a one night complimentary stay at The Degas House New Orleans. Degas House is a Historic House Museum. It is licensed, insured and inspected. We are in our 18th year of business and provide the security you and your family desire during your vacation. Degas House is listed on the National Register of Historic Places and is distinguished by the French Ministry of Culture, through the French National Order of Arts and Letters. Our history as the only home or studio of Edgar Degas open to the public in the world stands undisputed, and our source is Henri Loyrette, Senior Degas Biographer and former Director of Musee d'Orsay and the Louvre Museum.
Based on Availability, not valid over special event dates.
Degas House Pre-Impressionist Creole Tour of the Degas House exhibit, parking and breakfast for two.