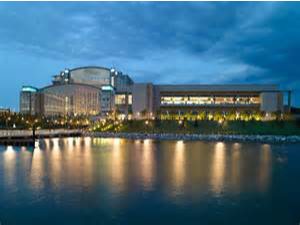 You start with complimentary overnight parking in Old Town Alexandria and two round trip passes for the Potomac Riverboat Company's Water Taxi Service (Note service not available year-round). After docking at National Harbor, you will be treated to a complimentary one night stay at Marriott's world class, four diamond Gaylord National Resort and a $50 gift certificate to Redstone American Grill restaurant.